Günter Reimann’s (1904–2005), born Hans Steinicke, to a Berlin Jewish bourgeois family, Hans adopted Reimann as a pen-name when he became economics editor for the KPD newspaper in about 1925. In 1923, he had already joined the KPD’s Youth League. From 1923 to 1927, he studied economics at Berlin University and became the leader of the Revolutionary students’ league about 1925. In 1931, he was a member of the KPD Central Committee, an editor in chief of Die Rote Fahne, the Party’s daily paper, and was friends with Ernst Thaelmann (1886-1944), the leader of the KPD from 1925 to 1933 and a committed Stalinist, and Walter Ulbricht (1893-1973).1   But in 1932, he allegedly belonged to the group that wanted to replace Stalin with Buckarin.2 In 1933, Reimann resigned from the KPD. He led a resistance group made up, unusually, of KPD and SPD dissidents, against the sectarian policies of both parties and became the Berlin Editor of the underground weekly,  Gegen den Terror.

Reimann’s flat was searched by the Gestapo in 1934. By then, Reimann had disappeared, first walking out of Germany to Vienna, unable to risk catching the train,  and there was ‘adopted’ by the Quakers and able to catch a train to Paris. He came on to London in 1934.

In London, he joined the KPD exile group, although whether this indicates a softening of his attitude to the KPD is not known. The exile group may well have offered as much comradeship and discussion as a political line. But he soon left the group. Although he kept to the government edicts that refugees must desist from political activity, in 1937 he was threatened with deportation back to Germany after the secret service had intercepted one of his letters. Fortunately, the American Friends Service Committee, a Quaker organisation, again intervened to help him obtain political refugee status in the US.  He arrived in New York clutching the manuscript of ‘The Vampire Economy’, his critique of the economic incompetence of the Third Reich, in particular towards private industry. He remained an economist, a pioneer of global financial analysis, moving ever rightwards. 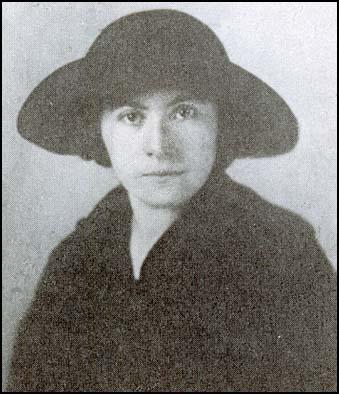 Rosa Broido, the daughter of a rabbi, was born in Poland in 1890.She  moved to Germany where she met the Russian émigré, Eugen Levinee whom she married in 1915 .A committed early member of the KPD, in March 1919, Levine received instructions to go to Munich to take control of the attempt to create a Soviet Republic. Rosa argued: “The streets were filled with workers, armed and unarmed, who marched by in detachments or stood reading the proclamations. Lorries loaded with armed workers raced through the town, often greeted with jubilant cheers. The bourgeoisie had disappeared completely; the trams were not running. All cars had been confiscated and were being used exclusively for official purposes. Thus every car that whirled past became a symbol, reminding people of the great changes. Aeroplanes appeared over the town and thousands of leaflets fluttered through the air in which the [Social democratic] Hoffmann government pictured the horrors of Bolshevik rule and praised the democratic government who would bring peace, order and bread.”

But as we know (see biog on Toller), the Munich Soviet went down in blood. Levine tried to hide but was arrested. In a famous quote in court, he said: “We Communists are all dead men on leave’. Rosa reported him saying to her during their last conversation: ‘Don’t forget: you must not live a joyless life’. Levine was sentenced to death on 3rd June and shot on 5th July, 1919.

In 1920 Rosa married Ernst Meyer later Chair of the KPD. Meyer died in 1930. Later, she was to write ‘Inside German Communism’ about the attempts, in particular by Ernst Meyer, to build a mass revolutionary party after the defeats of the first wave of revolution and the historic mistakes that were committed in calling for revolution in 1921. A few years later, Ernst Meyer and Rosa Levine-Meyer were among those who tried to resist the KPD’s calamitous shift to the Third Period line, when Social Democrats were seen as ‘social fascists’.

After Ernst Meyer’s death, Rosa moved to the USSR, where she became increasingly disillusioned, later pleading ignorance. She left in January 1933 for Germany. Highly critical of Thaelman, she is understood as a supporter of the Right Opposition.

She had to flee Germany later that year.  After living in France for a year, she moved to England in October 1934. Here she moved in left circles. She was a visitor to Scholem’s wife in London,3 along with Dora Fabian (see earlier biog) and Willy Brandt. She was also a member of the KPD exile group, though my mother, who knew her from mixing in the same circles, described her as ‘poisonous’, a description, one suspects,which was shared. She lived in London till her death in 1979.

Ernst Meyer, born in Berlin, was a pupil of Hans Eisler (see separate biog), a musician and music critic. He joined the KPD in 1931 and fled in July 1933, choosing to come to the UK, maybe in part because of his interest in Purcell. He lived in a flat in Hampstead, London, owned by the Communist film director Ralph Bond, whose films he wrote scores for. Meyer also lectured at the Workers Educational Association as well as at various universities.

Meyer had contacts with Lord Marley’s Relief ‘Committee for the victims of German fascism’, so-called because Marley (Labour Party) was its chair but actually set up by Munzenberg. Einstein was its Honorary Chair.  It collected funds for refugees from Nazism (including in the Saarland); though it drew from a wide political spectrum, it was inevitably accused of pro-CP bias. As early as June 1933 (so before Meyer arrived), it held a fund-raising meeting attended by about 2500 people.

But there is some ambiguity about Meyer’s political role in the KPD exile group in London. While Siegi Moos according to ‘official’ records of the time was its Secretary until his resignation (or was he pushed?) in 1937, another account, by Leske, written in the early 1980s in E. Germany and with questionable sources, suggests Meyer provided the leadership within the group and was the contact person with the KPD external leadership in Paris rather than Moos or, from 1937, Kuczcinki.4 But judging from Kuczynski’s own memoir, from a personal conversation with Kuczynski’s son and from the Bundesarchiv’s archives on my father, this all seems most unlikely.5 , 6

According to Brinson and Dove, Meyer may have been instructed to pretend not to belong to the KPD-or maybe instructed to leave the KPD so as not to appear to be a member. This is more than possible. The Communist Party did use this tactic towards members here as well as in Germany. Just think of Kim Philby. This way Meyer could be a more effective front-man. Other sources however stress his party membership.

Meyer became involved with the Free German League of Culture, established in 1938, a product of Popular Front politics, professing itself to be an anti- Nazi group open to all. Thought of as a KPD front, Meyer was, in fact, one of only three ‘KPD’ers to sit on its EC. In 1942, he became its chairperson. At this point, he became far more active generally, speaking at various League meetings. From 1940-1945, Meyer also ran the very left-wing and active Cooperative Society choir. But MI5 finally caught up with him and in March 1945, he was stopped from giving a lecture on music to British troops, the commander having been told that Meyer was not the sort of man to be released on the troops (Brinson and Dove)!

Meyer returned to the GDR in 1948 and became a highly influential figure in the world of music as well as continuing his political involvement.

1 Thaelmann’s arrest in early March 1933 is a terrible sign of how unprepared the KPD were and how wrong their analysis of Nazism was. On the afternoon of 3 March 1933 Thälmann met openly with a few leading comrades at a house in Charlottenberg which they had met in before and which the police knew about.

Ulbricht, an early and influential member of the KPD’s Central Committee, fled principally to the USSR, became the First Secretary of the ‘Socialist Unity Party’ in East Germany from 1950 to 1971 and from 1960, became the official head of state until his death in 1973.

2 Here we are into the complexities of post-Lenin factionalism. Bukharin supported the policies of the New Economic Policy and ‘Socialism in One country’ and became the Comintern’s General Secretary. But he eventually led the Right Opposition, opposing Stalin’s decision to proceed with collectivisation, fearing “military-feudal exploitation” of the peasantry and preferring a more moderate approach. He was expelled from the Politburo in 1929. Arrested in February 1937 and charged with conspiring to overthrow the Soviet state, he was executed in March 1938.

3 Werner Scholem was a leading light of the left wing of the KPD in the 1920s. In 1933, Scholem was taken into “protective custody”—for the Nazis he was the perfect example of Jewish Bolshevism. His wife fled to the UK, hoping that the international outcry would help free him but in 1940, Scholem was shot.

4 Kuczinski was a remarkable figure: see his separate biog.

5 Leske’s source material was apparently based on a highly unreliable and disrespected MI5 ‘source’ (Brinson and Dove). I do wonder whether she was being ‘economic with the truth’ to fit the E. German Party line of the time.

6  For further information on the exile group, see my book: ‘Beaten but not defeated’.