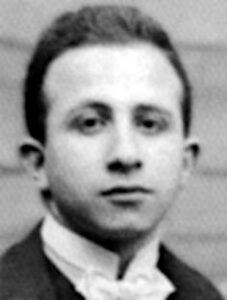 It is worth briefly mentioning a most untypical refugee who sold his soul, if only because it helps us understand the paranoia amongst so many of the anti-Nazi refugees. A gay activist, Jewish, German anti-Nazi (who saw himself as a socialist) and a well-respected literary and political figure, Hiller had made pertinent criticisms of the ‘left’, highlighting that economic crisis, far from encouraging a move leftwards, drove people to the ultra-right. His conclusion was the need for an intellectual elite to take power whom all the left could unite around.

His lodgings were ransacked by the SA and he was then arrested in 1933, tortured and sent to a number of camps. Released, he fled to Prague in 1934, and then to London in 1938. Hiller got out of Czechoslovakia with the assistance of the British Committee for Refugees from Czechoslovakia.1

Hiller had kept some strange company in Prague: Otto Strasser.2 Strasser, an early ‘left’ member of the Nazi Party, who had served in the Freikorps and been part of the bloody suppression of the Bavarian revolution, and been expelled from the Nazi Party, then called for a “struggle against Nazism’. He retained a strong nationalist, anti-Semitic and anti-Communist perspective, as expressed in his grouping: ‘Black front’.3

In January 1938, a report on ‘Free German’ activists was signed by both Hiller and Strasser!4 But Hiller, though denying he was a ‘Strasserite’, defended Strasser: ‘a significant anti-Hitler fighter’, even if he had made a few mistakes! In 1941, he and Strasser put out a joint declaration. Hiller, who headed the miniscule Socialist United Front, wanted an alliance with the Strasser group (though not an amalgamation which was Strasser’s postion). Hiller wrote that he saw Strasser as a key part of the future post-war Germany. But H.G. Wells for one wanted Strasser interned.

Hiller was recruited as an informer by Claud Sykes, a MI5 controller.5 MI5 kept close tabs on him, and though the meaning is not laid out, wrote in one report about having something ‘in case we need to use it against him.’ They need not have worried. He was a prolific informer on his fellow refugees, driven by his fervent anti-communism. This led MI5 to state that ‘his loyalty [to the UK] does not seem doubtful’, though his reliability was sometimes questioned. Hiller wrote many letters, which MI5 thoughtfully opened, giving us the chance to see how vituperative he was against fellow refugees, accusing them of the very sectarianism that he displayed. He even accused the pacifist Russbuelt of working ‘defacto for Goebbels’. He wrote of other anti-Nazis here as confused, amateurish, arrogant, a rabble and, in effect, stupid, unlike him. He even refered to ‘Die Zeitung’, an, in effect, British Government paper for exiled German speakers which refused to allow Communists to contribute, as being a newspaper only fit for the sewer and a disgrace. It was run, he wrote in October 1941, by a clique, and in a phrase with terrible Nazi overtones, ‘supported by rich people……’ [‘…’in original]’6

Even when interned on the Isle of Man, Hiller reported on his fellow internees.7 The super MI5 informant, Sykes did a tour of internment camps and got to have a nice long chat with Hiller.

Hiller saw the Communists as his enemy. He reported endlessly on the League which he denounced as a communist front: ‘the most prolific informant on the League’.8 He especially targeted the League’s main officers, including the chair, the unaligned Hans Flesch, a ‘catspaw of the communists’. Whether Flesch’s subsequent dismissal from the BBC was a consequence is unproven. Hiller also went for Heartfield (see separate biography) who had already been refused admission to the UK and then only after the intervention of two MPs, given rights to reside for a mere 2 months, and who was therefore very vulnerable. Another early target, whom Hiller reported on, was Jurgen Kuczinski, the KPD’s exile group organiser from 1937 and a leading light. Whether Kuczinski really told Hiller that he approved of the Hitler-Stalin pact or hinted at KPD led strikes in British war industries is open to question.

Whether Hiller knew it or not, in this world of spies and shadow spies, MI5 had their files open on him too, presumably enabling them to put further pressure on him. It seems doubtful that Hiller’s reports were important or reliable but they certainly were a sign of quite how hostile the environment towards refugees was.

After the end of the war, he remained so adamantly anticommunist, that, although he, amongst others, had been saved by the Czech refugee trust, he condemned Beatrice Wellington for allowing communist refugees to gain undeserved priority. (Wellington is a less renowned or feted organiser of the kindertransport out of Czechoslovakia, maybe because she was suspected of having Communist sympathies.)9 From early on, the Czech committee was riven politically. 10 Hiller, who had no problem informing on his fellow refugees, and had accused the Committee early on of being under the control of communists, a charge MI5 had taken seriously.

In 1955, Hiller returned to Germany, where he lived and wrote in Hamburg until his death

1 See Heartfield’s biog for more detail on the Committee.

3 Palmier, Jean-Michel Weimar in Exile: The Antifascist Emigration in Europe and America, p; 108. Himmler attempted to have Strasser killed In Prague, but killed instead Rudolph Formis, in charge of Strasse’s illegal ‘black’ radio station.

5 From 1937, Claud Sykes was a leading informant for MI5, charged with infiltrating German refugee circles, something to which MI5 gave high priority. He covered some of his activities by ‘posing’ as a translator from German to English.

7 Ibid. In internment, he requested the help of PEN with the Tribunal for Enemy Aliens, and expressed his desire (written in fluent English) to become involved in broadcasting appeals to anti-Nazi Germans, “impossible from concentration camp”!

Hiller set up his own rival splinter groups, the microscopic Gruppe Unabhngiger Deutscher Autoren with himself as chair and the tiny Freiheitsbund Deutscher Sozialisten.

10 Apparently, when whether the Czech committee gave their backing could make the difference between life and death, the Communists were not above accusing non-Communist refugees of having Gestapo connections. After the war and back in Germany, Hiller wrote – but without providing evidence- that the German communists in Prague had denounced him as a Nazi collaborator (one can see why they might) and had tried to remove his name from the list of those to whom Britain had granted visas. (NA, Czech fund)