by Merilyn Moos
This paper is drawn from my interviews with twelve members of the second generation, that is the children of refugees from Nazi Germany and elsewhere, who settled in Britain, leaving family behind. It is also drawn from my own experience as I too am a member of the second generation. This paper is thus not so much an analysis of archives from ‘outside’, as are some of the articles in this collection, but rather presents the intimate responses of the parents of the refugees, now in the possession of their grandchildren, the children of the refugees. Another distinction is that as a result of my own family history, I have not so much made a career choice about subject matter as had this choice force itself upon me. 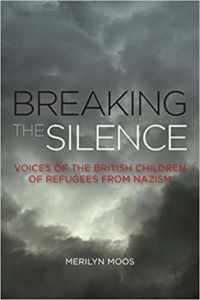