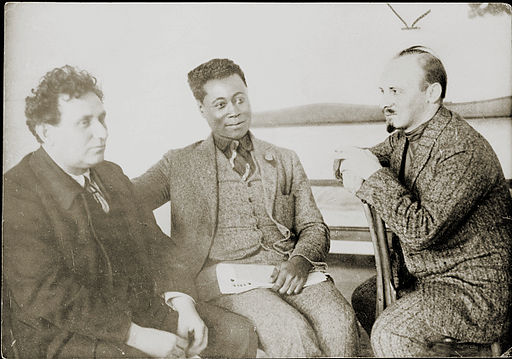 Conference aims:
American Networks: Radicals Under the Radar aims to challenge dominant narratives of artistic and political collaboration by investigating networks in the Americas which are often submerged ‘under the radar’ of conventional scholarship.

Pan-American and transnational in focus, the conference sets out to investigate literary and artistic movements which are poorly served by strict linguistic and national boundaries. Artistic and political movements are never predicated upon ‘great’ individuals in isolation, but are always reliant upon networks. Across the Americas, affiliations between artists and radical thinkers have led to paradigm shifts that have changed world history. Communists, Wobblies, revolutionaries, socialists, Fabianists, Pan-Africanists, Pan-Americanists, revolutionaries, anarchists, political exiles and Garveyites all played their role in shaping American literature, art and politics.

Whether such networks exist in tangible social enclaves—homes, bars, cafés, galleries, offices or neighbourhoods—or in virtual form—an edited book—they inevitably draw together collaborators from different cultural, national and linguistic backgrounds. In American studies, scholarship on some of the most significant artistic movements of the twentieth century, such as Modernism and the avant-garde—which often combine artistic and politically radical components—has often been dominated by national, US-centric and Anglocentric paradigms.

In Americanist scholarship more broadly, Caribbean, Latin American and Southern contributors are often overlooked in favour of their Northern counterparts. American Networks interrogates received wisdom about discourse on American arts and writing and is attentive to cultural geographies which are Pan-American, transnational and intercultural in nature.

Registration:
Registration is £55 or £40 concession. For more information, please visit: https://www.essex.ac.uk/lifts/news_and_seminars/american-networks.aspx
To register for the conference, please visit: