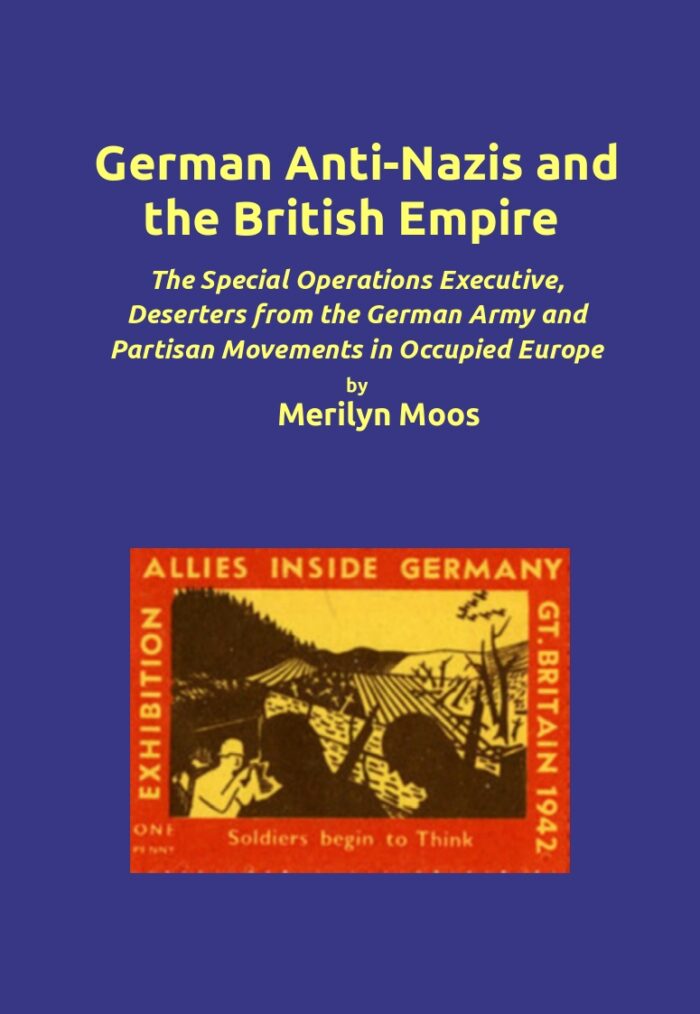 The Special Operations Executive, Deserters from the German Army and Partisan Movements in Occupied Europe
by Merilyn Moos

Active anti-Nazi Germans from within the working class movement who chose an often uneasy alliance with the British military in an attempt to stop Nazism. Rather than being a ‘fifth column’ or the ‘enemy within’ as they were frequently presented, many of these anti-Nazi Germans were more ferociously anti-Nazi than many at the time in the UK. With the wisdom of hindsight, it might appear evident that defeating Nazi Germany was such a priority that allying with the British state was an obvious decision but, in the years immediately before the outbreak of war, many on the left saw the impending war as an imperialist war, indeed an extension of World War 1, as much as a war against Nazi Germany.