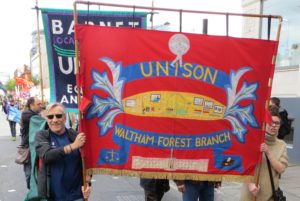 Dave Knight: Trade unionist, Os supporter, fighter of wrongs and so much more

Dave is one of the best known people from Leyton in East London who you have probably never heard of. His activities throughout his life have led him to be recognised seemingly almost anywhere he went.

Raised in Leyton, he went to Leyton High School for Boys and made life-long friendships with pals who “bend not break the rules” and typically faced discipline when they turned up to run in the school’s annual cross-country race dressed and behaving as Monty Python Gumbies, falling over when the starting gun fired. They survived as did that daft sense of humour.

That bunch of school pals met a similar bunch from Leyton Girls and Dave fell in love and married his life partner, Anne.

Seeing Mott the Hoople in his early teens triggered a love for rock music, and many would have met him through connections made watching bands at a variety of venues, especially upstairs at The Red Lion, the Rainbow, the Roundhouse and King’s Cross Cinema watching such bands as Stray, Caravan, Genesis, Van der Graaf Generator, Quo, Pink Floyd, Man, Hawkwind, The Pink Fairies and the rest.

Many of us didn’t just know him as Dave – to us, he was, and will ever be our mate Dod – a nickname he acquired at school.

He took up the career path of being a social worker at Hackney, then Islington Council and ultimately Waltham Forest Council. Alongside this work, often dealing with families with extreme problems, he pursued his father’s socialist outlook and became active in the trade union NALGO which eventually became Unison. He was an active member and rep for the rest of his working life. His job and union role has touched and helped thousands over the years.

Dave and Anne had two kids, Joe and Ellie, and for many years Sunday was family day, often going to the cinema, and the family has always had dogs, Basil, Jelly and now Juno. Of course, dog walking was also made into a social activity and Dod made lots of friends among the fellow dog-owners he met at the Hollow Ponds and Wanstead Park.

And then there was the Os – Leyton Orient. Dod was an active, life-long devotee to the sect that is Leyton Orient fandom. Fully committed to match attendance, his pals at the club, the team, post-match socialising and all that goes along with this type of obsession. He’s famous for it (as are his Os pals), organising social events and friendly games with fans at away matches, celebrating their shared love for the game and winning many more friends all around the country.

Typically of Dave, he got even more involved and in 1986 he founded and became the first editor of The Orientear, the Os fanzine, still thriving today after 266 editions. When the National Front started trying to organise on the terraces of his club he wrote articles condemning the fascists and calling for the club and fans to act, which they did. Both he and his family received threats but they stood firm and did everything necessary to keep the club inclusive and welcoming to all, both on and off the terraces. The fascists didn’t win.

From an early age Dod was aware of the disadvantaged and was active in local charity CHAOS, Children’s Holidays And Other Specialities, doing the whole package, organising fundraising events, setting up holidays for local kids who’d never seen the sea or forest, and then being part of the team running those holidays. As his kids got older he became active in The Woodcraft Folk and Anne, Joe and Ellie would often join in with the activities of both organisations making them a family affair.

In their adult life Anne went from being a teacher to head of a local school and Dave’s career path turned left into trade unionism. Whilst working as a social worker he was involved in many union campaigns such as those against the closure of the GLC, ratecapping and supporting the miners’ strike and eventually he became Branch Secretary of Waltham Forest Council Unison, a position he held for over twenty years.

Dod knew the importance of being able to work together with other trade unions, especially in a local authority environment, and was active In the local TUC group, Waltham Forest Trades Council, eventually holding the position of President for many years. In these roles he included other organisations dealing with equalities, employment and community issues.

His activities included supporting such events as the Trades Council’s rather archaic sounding Festival For Racial Harmony, held a few times many years ago at Lloyd Park, helping to establish Workers Memorial Day as an annual event in Waltham Forest on 28 April, marching against fascists and the EDL in Waltham Forest, campaigning in support of the tenants of Butterfields estate, supporting workers on strike and protesting in Waltham Forest, campaigns in support of the NHS and Whipps Cross Hospital, and carrying a union banner at the May Day March in central London.

More practically he was on hand to his union members, taking on many cases defending jobs or attacks on individuals by management. One of his biggest successes was helping kitchen staff with an equalities employment tribunal, one resisted by Unison’s main office, which led to one of the first local authority equal pay successes of which there have been very many. The members affected received substantial back pay and Dod was not allowed to buy a beer in the workers bar (sadly now gone from beside Walthamstow Town Hall) for a very long time.

Dave was always keen to stay fit. In the 90’s he took up running and before long had joined the East London Runners, becoming a very involved and active member and of course, making many more good friends. He ran with them several times a week, often taking the dog along, took part in many races and completed the London Marathon (and others) more than 15 times, raising thousands of pounds for good causes along the way. He was delighted to be honoured with Life Membership in February this year.
After his retirement from work, he also joined the Orient’s walking football team. As well as playing in dozens of matches and tournaments, he became involved in the development of the team. It was with Dave’s encouragement and guidance that they won funding from the Leyton Orient Fans Trust (LOFT) and made a successful Charter Standard bid. He also had a significant role in the Royal College of Nurses promotional video on walking football.

And he managed to have fun. Music was another lifelong obsession alongside real beer and single malt whisky – he was a long-standing member of CAMRA and hosted several popular whiskey tasting events at his home. He attended Reading many times and hundreds of other gigs and festivals, as a kid, as a parent taking his children through the ritual and right up to the end of his life. He even managed to defy his illness and struggled across London on crutches to enjoy Mott the Hoople, the Legendary Shack Shakers and the Flamin’ Groovies.

Though his roots were in Rock, he was an early enthusiast for Punk and New Wave, and was present at gigs that still live in legend, like the Ramones at the Roundhouse. He built up an immense collection of albums, CD’s, videos, magazines and memorabilia. He subscribed to the NME until it folded and was always seeking new bands to go and see or add to his playlist, whether famous or obscure, bands he heard of through his children or locals like Steve White and The Protest Family and Graham Larkebey and the Escape Committee. Music was yet another life-long obsession.

Whilst this obituary is long, a book could be written on pretty much any of the aspects of Dod’s life recalled here. A fantastic character and a thoroughly decent bloke.

Dave Knight died on 24 August 2019 from complications arising from cancers he had been resisting since they were diagnosed earlier in the year. He was 64. The funeral will be held at The City of London Crematorium, Manor Park at 3.30pm on Monday 16 September.

A Just Giving page has been set up for donations to The Dogs Trust, a charity Dave supported, here… 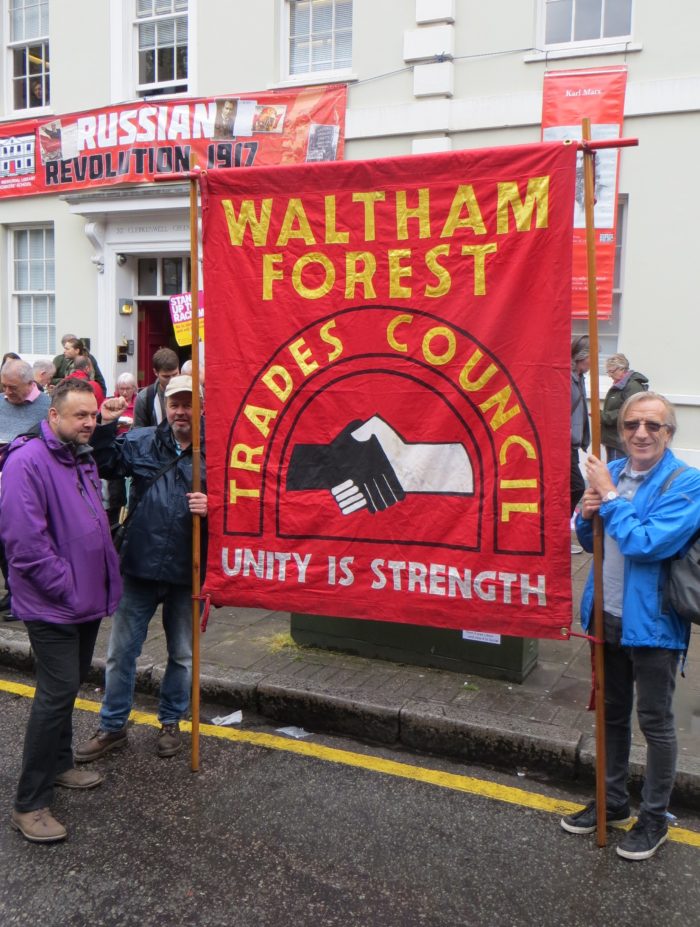