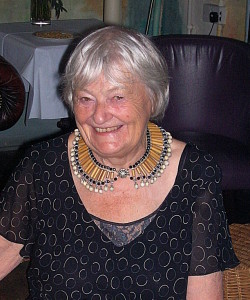 Mary Turner was a leading scholar of Caribbean slavery and its interface with wage labour and a senior research fellow at the Institute of Commonwealth Studies for many years. Previously she had been professor of history at Dalhousie University in Canada. In London she did much to widen and deepen the scope of the Caribbean Societies Seminar. The lecture and round table on 16 September will be held in the Senate Room on the first floor of the University of London Senate House building in Bloomsbury.

6 pm: “Abolition, Violence and the Agency of the Enslaved: a new interpretation”
Mary Turner Memorial Lecture by David Eltis of Emory University USA.
Professor Eltis is a leading scholar of African, American and Caribbean Slavery and author of many major studies, including his “Atlas of the Transatlantic Slave Trade”, co­edited with David Richardson (Yale University Press) and volume 3 of “The Cambridge World History of Slavery”, co­edited with Stanley Engerman and published in 2011.

Professor Eltis’s lecture will be followed by a reception.

16 September 2013, 16:00 ­ 20:00
The Senate Room
Senate House
Malet Street
London WC1E 7HU
The event sponsored by the Institute of Commonwealth Studies and the Society for Caribbean Studies in the UK